CLOSE ✕
Get in Touch
Thank you for your interest! Please fill out the form below if you would like ask us something or provide any feedback.

Thank you! Your submission has been received!

Oops! Something went wrong while submitting the form

If you want to get rid of a body, you tie a rock to it.
He turns to face the ocean.

You don’t float it in a barrel.
He stands up and squints at the horizon.

If I was a bettin’ man, I’d say someone was trying to send us a message...and not in a bottle.
He shakes his head.

Alright, let’s get all this down to the lab. And let’s get those reporters out of here. It’s Dana Point, for Christ’s sake. 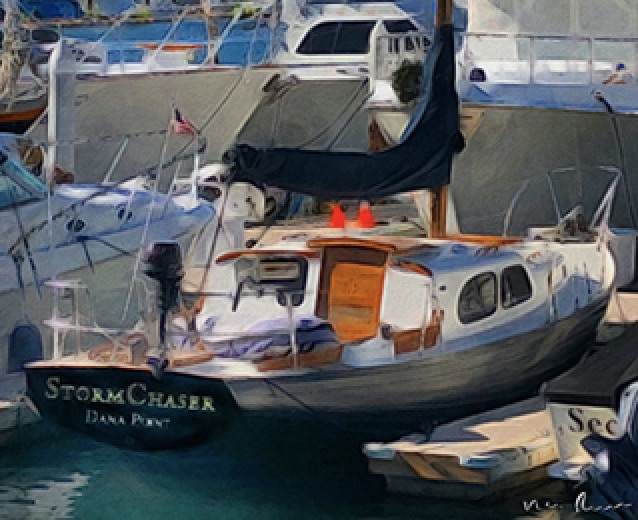 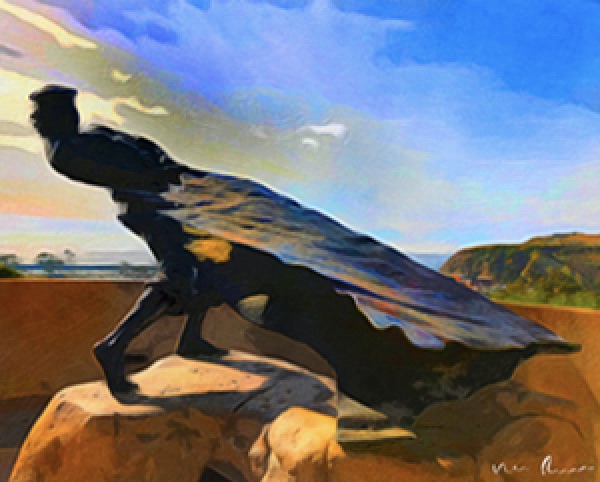 WILL
Actually, yes. I'm looking for someone.
Will pulls out his cell phone. On the screen: a picture of a somewhat exotic brunette with a dazzling smile.
WILL
Cara Miles. You know her? She used to sing -
(points)
- right over there.
Gabriel throws him a suspicious look.
GABRIEL
Why? You a cop?
WILL
High school sweetheart.
GABRIEL
So, you're a stalker.
Will holds up a hand, defensively.
WILL
I'm just an old friend who wants to say hello. 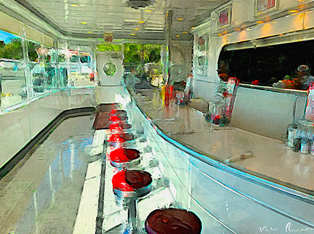 EXT. DANA POINT HARBOR SHIPYARD - LATE AFTERNOON
Police cruisers surround the docks, lights flashing. UNIFORMED POLICE rope off the crime scene. An unmarked car pulls up. Out steps Detective DEREK MORGAN (42), street savvy, confident. He pushes his way through the crowd of onlookers and marches past the police line. His partner DETECTIVE SARAH LOCKE is already at the scene. She approaches him.
DEREK
(to Sarah)
Talk to me.
SARAH
The vic is female, maybe twenty-four, twenty five. No ID. Throat slit, it's a clean cut. No sign of struggle. Nothing to indicate a robbery. No weapon found. Whoever did this knew what they were doing. She motions toward the docks.
SARAH
We got a couple who found the victim. They claim they're friends of the boat owner.
Derek glances at the end of the dock to see Will and Cara talking with a POLICE OFFICER.
DEREK
(under his breath)
You gotta be kidding!
(to Sarah)
Anyone else seen the body?

SARAH
I got a couple Uniforms standing guard, and the Medical Examiner is en route. Figured you'd want first crack.
DEREK
Good. Keep the crime scene clear. I don't want anyone else near the body until I've seen it.
She nods and strides away. 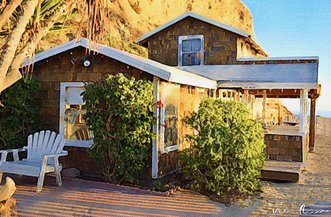 INT. POLICE STATION - PARKING LOT - DAY
Derek stands at a parked police car with photos and papers, studying the investigation notes. Sarah drives up, exits her car, walks over to him and hands him a report file.
SARAH
We checked every airport, bus line, train station and traffic cam within a hundred mile radius. No evidence that Mickey Nolan ever left Dana Point.
Derek inspects the file. Shaking his head, he hands it back.
DEREK
Any surveillance cameras near his boat?
SARAH
One shows him getting on it the night of the murder but never getting off. We lose the footage when it got dark. And his dinghy is gone the next morning. But nothing of him leaving town.
DEREK
He didn't. The guy's deep in the cartel's pocket. There's only one way he's leaving this town.